Drawing a Face From Imagination 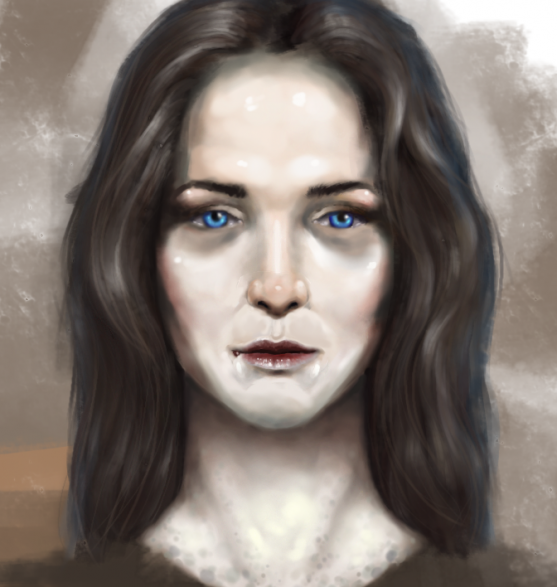 Years ago, when I first tried drawing a face from imagination, it was a total failure.  It always looked flat and lifeless, as opposed to the portraits I did from a photograph.  When I held them up side by side the reason was obvious. The drawing from imagination  lacked a certain kind to information. 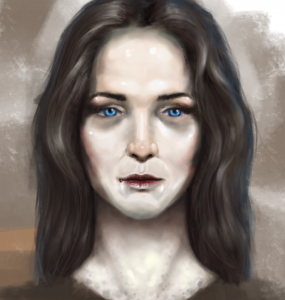 A Little Bit of Personal History

I learned to draw portraits probably the same way  many artists do, with basic facial construction (where everything approximately is) and taking measurements with my pencil. Pretty soon I was able to produce a portrait that actually, kinda looked like the person. Then, after more practice I could capture the person’s likeness routinely.

If I stayed within that process of construction, observation and measurement I was perfectly fine but if I wanted to do something original I regressed to kindergarten level.  All my original drawings looked like “emoji style” expressions in an egg shaped head.

The most significant discovery that I made wasn’t really a discovery. It was a friend of mine that said, “Why don’t you just use the Loomis method?”.  So, in the spirit of my peer group of the time (twenty something) – I didn’t listen.  I went another year stubbornly trying to force originality before I finally asked my friend if I could borrow the book.

I’m not saying you should use the Loomis method.  There are other methods of construction.  I am saying look into a method of head construction that will allow you to easily construct the head in a variety of positions.

Learning to construct the head and facial features in different positions was a revelation and you’ll experience the same kind of freedom. However,  there is still a problem.

Being “human” you’re going to find that you like routine and you’ll see this in your artwork as well. I find that I tend to draw a portrait in the same pose, because it’s familiar. The same thing happens with facial features, once you learn a certain expression all of a sudden all of your original drawings have the same look.

Pretty soon all of your drawings have the same nose, eyes and mouth.  All the while you have convinced yourself that it’s totally original – and it is – it’s just an original drawing of the same character  over and over again.

To find the biggest differences in a face you would look at is gender. Obviously women don’t look like men. Their features are, generally, more angular and less square shaped. The most direct way to see the differences is to examine the skulls of females and males. Some of the main differences are:

So women will tend to have the smaller and more angular features while males will be more square and blocky.

This is where you will be able to develop the originality of your character. Until I really knew what was beneath the skin I could only guess at where a smile would begin or end. Learning how the different musculatures produced expressions gave me the information I was missing.

The location of facial muscles, where they were inserted, if they were anchored to bone or if the muscle was only connected to soft tissue. Learning these things allowed me to make more informed decisions about how a face would look, such as:

Knowing the anatomy of the face and skull will allow you to make a more informed decision about where to put that laugh line or where to make a facial protrusion more prominent.

What musculature shows and what skin conditions (wrinkles, etc.) show will depend on the physical attributes of your character. This is where you make the big decisions about the character that will affect the facial appearance.

Is your character thin, fat, athletic or sedentary? If you have a vision of a thin person the musculature may sit closer to the skins surface, so you would see more of the muscular protrusion. A heavy character would show less.

If your character is old you would have a better idea of where to put the wrinkles and sags. If you want to show age or disease or decomposition then knowing where the hollows in the skull are (eye sockets, nasal cavity,  jaw cavity) will be the places that dark areas will start to show first.

Knowing the anatomy of the face and skull will only help you while drawing a face from imagination. The little bumps and bulges that the muscles produce on the face give real character and originality to the drawing/painting.

Also, the construction of the nose and ears and why they don’t stop growing is another thing to take into consideration when constructing your character. These are very important character defining features as well. It’s the little things that make the difference.

I know this isn’t a real how-to but more of a guide of where to look and what to look for next.  If I had this kind of a guide, no matter how short, it would at least give me a starting point and a direction and I hope I’ve provided that for you. I hope this has been helpful and I’ll see you next time. 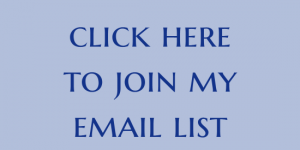